The George Awards: Getting More Relaxed 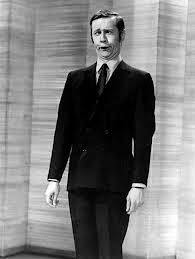 Today’s set of George Awards are much lighter weight than the last group, and will eventually lead up to next week’s ten most entertaining uses of “Bitch” in a feature film.  First, since it’s me, there will be some strange tangents.

The first is my prudish nature regarding films concerning classic super heroes. No matter how much they try to grim and gritty them up, profanity in the four color, tight wearing set always makes me cringe.

A couple films get a pass because they are different kinds of worlds.  I’ve mentioned Dredd before. “Old Stony Face” breaking his usual calm to say, “Shit!” when being fired upon by three Gatling guns correctly underlined the severity of the situation. 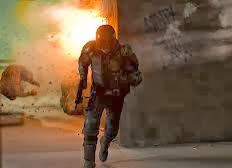 Watchmen also fit into this category, and internally acknowledged it following a pretty good, “Bullshit!” by having the Golden Age Night-Owl warn his replacement to watch his mouth by reminding him of “The left hook that floored Captain Axis.”

The only instance that came close to getting my approval in the mainstream hero films was in this year’s Thor the Dark World.   The culprit was Darcy’s (Kat Dennings) exclamation at Thor and Jane’s Bifrost assisted disappearance of: 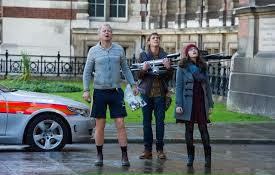 It was in character, it was an appropriate response, and it was funny.
But it still felt wrong.

There is one superhero franchise I give a pass on this hang up.

For some reason, occasional swearing works in the X-men films.  Perhaps it’s because I’m not a big follower of the X-men comics.

Surprisingly, even though I have a long box full of them, I’m not completely full of crap this time.  I’m really more a fan of Grant Morrison’s writing, Alan Davis’s art, and the great value of the Marvel Essentials series. Those three intersect with the Marvel Mutant universe a great deal, but I’m not buying specifically for the characters…except for Nightcrawler. A demonic looking, devout catholic, indigo, fuzzy, fun loving swashbuckler is hard not to like when written well.
In other words, I’m a tad full of crap.

Weirdness completed, I’d like to honor the X-films with a special George Award for entertaining, and acceptable to my screwed up head, profanity in comic book superhero movies.   Mystique’s excellent use of the finger in 2003’s X2 may find itself on another list if I ever decide to do more awards after this set.

The reason linking this Special George to next week’s top ten word, comes from 2006 and  Vinnie Jones in X-men: The Last Stand.  What was likely an oddly confusing moment for the uninformed, was never the less a strong illustration of the changing face of media when a major motion picture referenced a popular homemade YouTube video.

The second belongs to the most popular comics’ bad boy, Wolverine (Hugh Jackman) in the 2000 original X-men film.  The award winning moment was his method of proving himself to be real to Cyclops:

Note that this occured very near to another X-cellent use of “the finger,” of the razor sharp adamantium type.

The best swear moment in the mutant movieverse, is Wolverine again. This time in a surprise cameo in 2011’s X-men: First Class.  A PG-13 gets only one shot to use this word, and, man did they nail it with his response to Xavier and Eric’s request to join them before it is even asked. 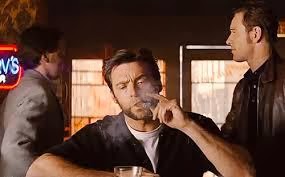 Now, before we get back to the official Bitchness, I need to address “Son of a Bitch.” While it shares the same root as the upcoming star swear, it carries a different and important enough meaning to be addressed separately.

A couple sure fire winners got disqualified for incompleteness

The first goes to the climax of Chief Brody’s battle with the shark in Jaws (1975).  Roy Scheider was a giant mix of terror, joy, anger, and desperation when he shouted:

Sadly Eli Wallach’s Tuco from 1966’s The Good the Bad and the Ugly, missed out on a prime spot because of one of the world’s most famous musical stings. 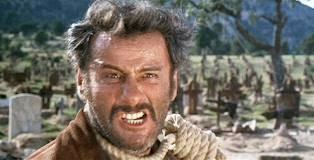 HEY BLONDIE! YOU KNOW WHAT YOU ARE?
JUST A DIRTY SON OF A B-
*ah-eee-ah-ee-AHHHH, WAH WAH WAH*

However, in consolation, he will be given the only George Award for the use of “Bastard.”  This is due to his venom filled delivery of

“You want to know who's son you are? You don't, I do, everybody does... you're the son of a thousand fathers, all bastards like you.”

The polls were shut down and no further entries were required.

The only possible contender would be George C. Scott’s interpretation of the general in Patton from 1970.  Both for the start of the opening speech, “No bastard ever won a war…” and his later rant at Rommel:

“You magnificent Bastard, I read your book.”

He also should be on the list below for a demonstration near the end of the film stands head and shoulders above many others. 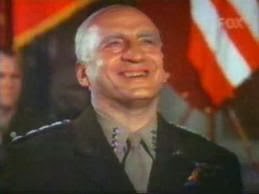 “All right. All right, tell him I'll drink to that; one son of a bitch to another. “

However, this performance, as fantastic as it was, will not be getting a George, not even for: 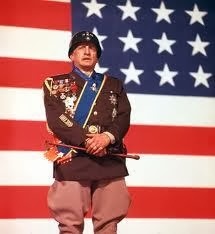 “Well, I shoveled shit in Louisiana.”

The reason for this intentional award snub is that even though George C. Scott’s issuing of profanity in Patton was truly masterful, it cannot hold a candle to the original soldier in delivery, content, or filth levels. 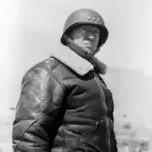 While important, since it is derivative, only one “Son of a Bitch” George will be awarded, plus runners up.

The honorable mention is shared by two versions of the same usage from the same year, 1981:  They employed the facetious, head shaking laugh preceding the phrase. “Son of a bitch.”

The world weary version was by Indiana Jones in the original Raiders of the Lost Ark.  Harrison Ford’s delivery of the phrase used it as both an insult to Belloq, and an admission of how screwed he was down below his adversary in the Well of Souls. 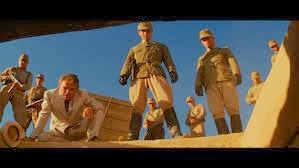 Not the right view for the line 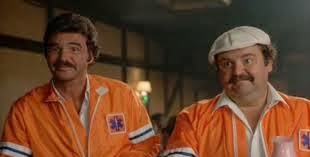 Or, I thought it was.  See, that's the problem with basing the George Awards on my quickly slipping memory, and then looking things up only to get the exact quote.  I couldn't find the quote listed anywhere.  Then I tried watching the movie, and still didn't find it.  I also checked the sequel, which had a fairly epic "That Son of a Bitch" by Dean Martin and Sammy Davis Jr. in unison, but none from J.J.  Maybe it was in Stroker Ace or something else?

In any event since these awards are based on my memory, Burt gets the nod, despite the fact the line isn't what or where I thought it was.

No, it's not a sporting way.
It's a shitty way to win.

There can be only one choice for the number one spot George for this phrase.  I feel the same way about most of the swearing in the new Star Trek franchise as I do about standard super hero films (with one exception).  However, there is one member of the original cast who is truly deserving of the George Award for the most entertaining, and powerful use of this phrase in movie history-
1984, Deforest Kelley as Doctor Leonard H. McCoy in Star Trek III: The Search for Spock. 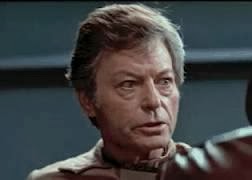 “That green blooded son of a bitch.
It’s his revenge for all those arguments he lost.”

Come back next time for the top ten movie “bitch”es.
Posted by Jeff McGinley at 2:00 PM