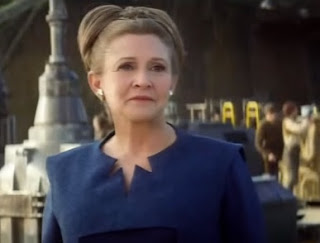 Some celebrity deaths hit harder than others for a variety of reasons.

Leonard Nimoy was an obvious one that I’ve gone into details on, but there were others that shook me to my core.

I remember walking through the Rockaway Mall Sears when I heard Jim Henson had passed and finding I had sat down on a manikin stand without realizing it.

The notion that there would be no more output of his seemingly infinite creativity knocked me off my feet.

Christopher Reeve was another one.  It wasn’t just because of his impact as Superman on my childhood, but more because, based on his attitude and focus, I really believed he was going to walk again.

And now, in this year with so many to pick from, the loss of Carrie Fisher has hit like an avalanche.

Like Reeve, it wasn’t only because of her involvement with a franchise that shaped my life.

I also don’t understand all the people my age calling her, “My first princess.”   Between Disney and other sources, I knew tons of other princesses before I was seven.

Granted, none of them were certified smart asses, who were equally at home leading troops, firing a blaster, or strangling a giant slug gangster with their own slave chain.

Similar to losing Nimoy right before the Trek 50th, Carrie Fisher has left us in the middle of not only returning to Star Wars, but having that return bring attention to the vast body of work produced by her writing skills.

She was smart, funny, and talented.
She went through all kinds of ridiculous hard times, and came out of it with her sense of humor and abilities intact.

Her loss not only robs us of the creation of anything else from her talents, but of equal importance, robs her of the accolades she should be receiving for those talents on the grand stage that Star Wars allows.

Thinking about how to phrase those last sentences made me realize that it sums up the feelings that come with the loss of anyone close to us.

We lose both the joys they provide us, and the joys of letting them know how much they are loved.

Celebrity deaths play out on a much wider arena, and hit us by amplifying the feelings connected to our own losses across millions of others.

And this is why there are entire cultures and religions based around maintaining connections to those we have lost.

Because its easier to cover it up with ceremony than to accept and admit that every single moment we have to celebrate that interaction with those we care about (or those who inspire us from afar) is fleeting, and is absolutely the most precious gift of anything we have on this Earth.

Rest in peace your highness-ness, thank you for years of entertainment through your wit and sense of fun, and this reminder of how important we are to each other. 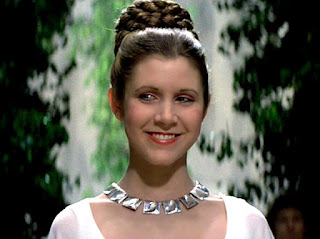 Edit:  I just read about Debbie Reynolds after finishing this.  Dad was right, no one should have to bury their children. I'd say I loved her in Singing In the Rain, but so did anyone else with the intelligence and taste above a pile of river stones.

Wishing strength and hope to their family, and any others who had similar tragedies this year.

Hang on to each other folks, we're all we have.