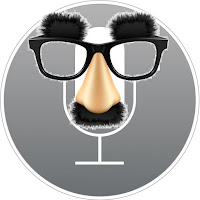 I was working on a previously covered hated job...leaf cleaning.

I realized one other area where it's far worse than snow removal:

No matter how bad the winter has been, one can take comfort in the idea that the giant mounds that one needs to navigate and hurl snow over are at least all only from that year, and will not haunt one in future year's clean ups.

This thought hit me as I was digging through leaf piles that pre-dated our ownership of the home hunting fruitlessly  for a hat that was stolen by an irate tree, and blown into a parallel universe.

Recently, I have found a way to make this unpleasant requirement more bearable.

I listen to music.  Fortunately for all of my neighbors, the blower drowns out my attempts at singing along to what is coming through the headphones.  (That's what us old people call earbuds, you rotten kids.)

Evidence of the title #1

Due to a recent Disney trip, the music on my Smartphone was reduced by a factor of ten from its normal volume.   It contained a single play list holding the required driving albums and other selected songs for a total of a couple hundred tracks called:

I was grooving along as I cleaned, when  the deep, powerfully dark voice of Christopher Lee was suddenly accompanying my leaf cleaning activities. 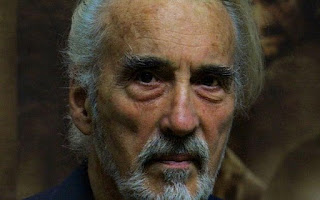 His final recording, "The Last Vampire" from Alice Cooper's Hollywood Vampires album echoed in my head as I moved the dead and desiccated leaves about.

The piece, taken from Bram Stoker's original Dracula culminated with the sepulchral,
"Listen to them...the children of the night.   What music they make."


At which point Siri segued directly into the arcade tones starting off "Pac Man Fever." 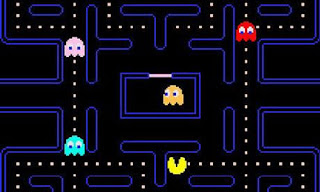 Evidence of the title #2

I was driving listening to the same playlist, and a very quiet track was on, requiring the volume to be cranked way up.

My phone rang while I was turning onto the street Walmart was on, and since there was a bunch of family stuff going on at the time,   I flipped it open. (yes, my old Captain Kirk flip phone...its the communicator to the Smartphone's tricorder, which I never use as a phone.)

Then I hit the speaker button and heard some unintelligible stuff.  To stall I yelled, "Hang on a minute, I'm driving."

At that moment, the track changed and my car stereo's speakers blared powerfully to life with the words of Adam West and Burt Ward:

"To the Batmobile!  Atomic batteries to power, turbines to speed!  Prepared and ready to move out." 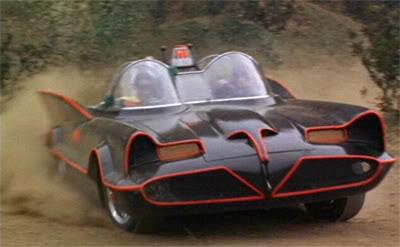 Then came the unmistakable roar of the jet engine and squealing tires leading into Neal Hefti's iconic theme, which played a while until I pulled into a parking space.

I turned the sound down, picked up the phone, realizing it was an unfamiliar number and said, hello can I help you.

the answer may have been the longest:

in New Jersey history before he finally got out, "You ordered a pizza?"

To which I replied, "I think you have the wrong number."