Farewell to "The Man" 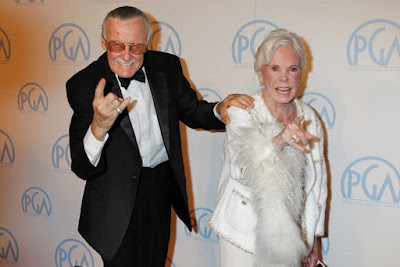 Some people you just kind of expect to keep going forever.

That makes it a shock, even at ninety-five, when they don't.

Stan Lee kind of turned into a character himself over the years, but it worked.

I think I first became aware of who he was as the narrator of Spider-Man and His Amazing Friends.  I also think that’s what set him apart from a lot of other comic book creators- the fact that his infectious enthusiasm for comic book superheroes transcended whatever media they appeared in, or whatever changes that happened after he stopped writing them.  Seeing him meet Spidey in the Nineties cartoon, and be able to compliment his wife in it was doubly cute. 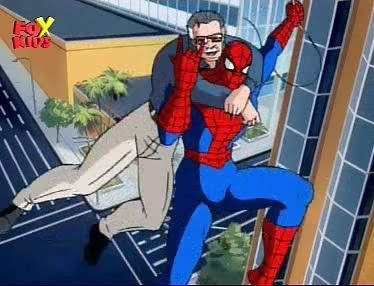 I’ve heard comic book creators express dismay or confusion about later versions of characters they’d created…but not Stan.  Whenever he was asked about controversial ideas and happenings over at Marvel his response was always along the lines of: it’s fine if it makes a good story.

In the 1960’s he introduced us to the Marvel Bullpen at the dawn of what became the Marvel Universe.  It was basically the first large scale acknowledgement of the people behind the scenes at comics, and he made the readers feel like part of the family.

“Stan’s Soapbox” still appeared in Marvel comics when I was a kid in the 1970's and 1980’s maintaining his connection to the fans, although he wasn’t hands on with the comics themselves anymore. That fan connection continued through the cameos in the Marvel Films.

There are arguments and points about who created what. However, no one promoted comics like Stan and no one wrote comic book dialogue like him. Even if the artists were totally controlling the story when he overstretched himself using he “Marvel Method” his finishing touches put his unmistakable mark on the tales.  Read a 1961 issue of the Fantastic Four, 2001’s Just Imagine (nearly the only work he did for DC) or the parts he wrote in Marvel’s 2007 Stan Lee Meets…

Or honestly, anything he wrote from the beginning of the Marvel Universe up through multiple returns and fill ins.  There is that distinct quality of infectious joy and enthusiasm in his dialog that matched his overall view of comics.

That enthusiasm is why he showed up in almost every comic book documentary, whether it was about characters he had a hand in or not.

It is very telling that the character he was most connected to writing for was the Silver Surfer.  The Surfer's dialog was always overblown and loquacious, but more importantly, the Surfer, as an outsider, viewed all of humanity as one inclusive group.

My favorite sayings of his in those documentaries was often repeated whenever "the kids"  started predicting comic books would inevitably go completely digital. Then Stan would appear and say:
“Y’know, there’s something special about holding a comic book in your hands."

Here's a more detailed one from a "Digital Trends" interview showing his glee for the medium and willingness to let it evolve
“I think there will always be comic books. There is something very pleasant about a comic book. You can read it at your own speed. You can carry it; it’s not very heavy. You can fold it and put it in your back pocket. You can show it to a friend. You can collect them. They don’t take up much room. You can have your own little collection of whatever character or series you like. You can go back and re-read them. I think there will always be comics, but there will be so many other versions and forms of them. Digital comics now are evolving, you’ll be able to see comics that move. Not quite full animation, but almost full animation, on your cell phone or your computer screen. I think comics are becoming so pervasive culturally in our world, that they’ll be all over the place. I think the humble comic book, which is where they started, will always be with us to some extent.”

But my favorite belief of his, that is apparent in every story he penned was:
“Every comic book is somebody’s first.” 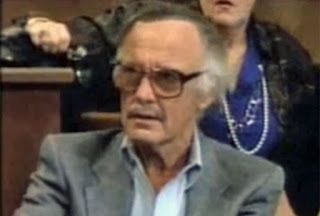 And my favorite cameo is impossible to pick because they all were awesome, going back to being the Jury Foreman when the Bill Bixby/ Lou Feringo Hulk met the Rex Smith Daredevil in 1989’s Trial of the Incredible Hulk.

His appearances in Venom (heartwarming) and Deadpool (ridiculous) weren’t just awesome because of the moments themselves.  They were awesome because Stan had NOTHING to do with the creation of those characters, yet him randomly showing up was still a perfect fit because he was the total ambassador of the Marvel Universe in any form, and the characters and overall philosophy he fostered led to them.
(Side note: “Tony Stank” will always make me laugh.)

Now, though, I think the perfect representation of Stan Lee in a cameo was his return during the credits of Guardians of the Galaxy Volume 2:

“Hey, fellas. Hey, wait, where you going? Hey, you were supposed to be my lift home.
How will I get outta here?
Hey! Aw, gee.

Excelsior! Stan…and thanx for all those stories. 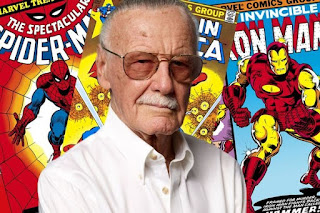 Renae here...That was a great read. “Every comic book is somebody’s first...” loved that quote! I was looking forward to your thoughts!

Many thanx, for reading and posting.

You can really tell he believed that when you read his stuff. Even as part of continuing stories, there's introductory stuff and references, a complete story, and a reason to pick up the next issue.