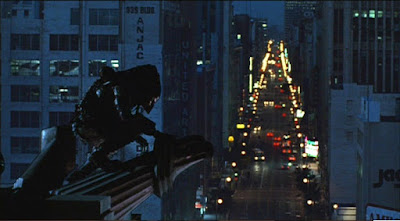 This sequel got a bad reputation for not living up to the original, but as covered last time, following up a movie where the biggest bang is a reveal can't work the same way. 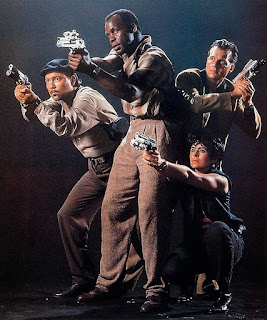 Glover, Paxton, Alonso and Blades were a highly entertaining, and violently effective group. At least they could have been if they were fighting drug lords and gangbangers instead of a huge, impractically mandibled, big game hunter from outer space.  Once again, the common heroes of the day and their elite opponents are rendered into cannon fodder victims for the most part.

The interfering and conspiracy based government agency, common in that style of films at the time, was excellently represented with a dose of extra crazy from Gary Busey.  This brought the satire to a more obvious level of humor with his outlandish activities added on to Bill Paxton’s. Then again, why hire those two actors if you’re not going to play the outlandish card? 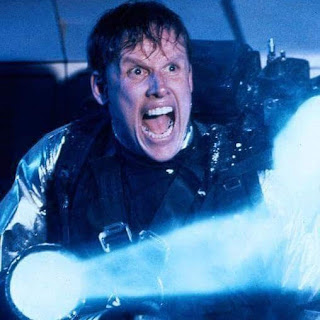 I wonder if they all copied each other, or everyone really thought 1997 would have alien invasions, A.I. induced armageddon, New York rendered a prison, and unbridled open warfare police in Los Angeles?

I also wonder if Danny Glover enjoyed kicking back to play the authority bucking, Martin Riggs type, bad ass character for a change.

Kevin Peter Hall stepped into the Yautja get up again to play this city hunter, and I don’t believe anyone has yet to play one as naturally as he did.

Doing a slow reveal of the Predator wouldn’t work this time around, since audiences already knew what it looked like.  Instead the reveals were built around what the creature could do, and what technology it possessed. These were some of my favorite parts of the film.

Slowly showcasing both the offensive and defensive personal capabilities of this young hunter on his own for the first time greatly enhanced the lethality of the species.

The medical treatment scene was played for laughs by showing the broom wielding Sylvia, but highlighted the intelligence and resourcefulness of the Yautja and his tech.  This was also presented in the stunning reveal of the mask’s multiple vision modes.

During our first party with this species, one took out a Special Forces team using only a shoulder cannon and wrist blades.  Predator 2 introduced the dart, spear, net and disk, all items that have become entrenched in Predator mythology.  The reveal of each was at a key point in the narrative, and most were also used as a set up for a later call back moment of a cool escape, or a surprise use.

All of which are wicked awesome if I do say so.

Mike (Glover) takes down the creature at the end not with primitive weapons and snares, but with its own equipment, highlighting the inexperience of this particular Yautja.  Showing the spacecraft already hinted that there was a much more to the strange history of this bizarre alien culture. 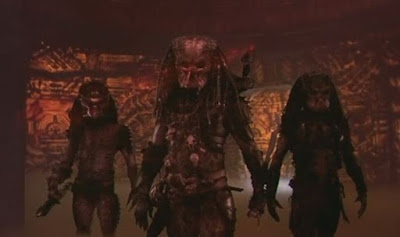 Bringing in the entire ship’s crew at the end, showed cool variations in the species, but also cemented the “code of honor” the Yautja live under which had already began to bubble up in the early comic book stories.

Something else from the comics was canonized, which could have been the most important moment on the screen.  Hanging on the Predator’s trophy wall was the huge, unmistakable skull of a Xenomorph from the Alien Franchise. 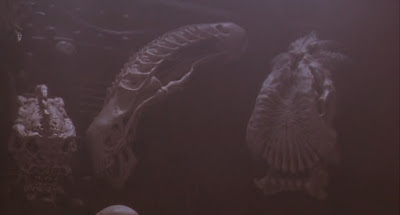 The geekly pastime of “What if this character fought that character?” was on its way to the big time.

Ably and expertly done, Jeff. Meat discus scene. Awesome. I remember seeing the "soon to be a major motion picture" stuff in Aliens vs. Predator as I was leaving Pegasus........

Many thanx, and thanx for joining in.

I'm pretty sure that's where I bough the story pack of the original AvP series.