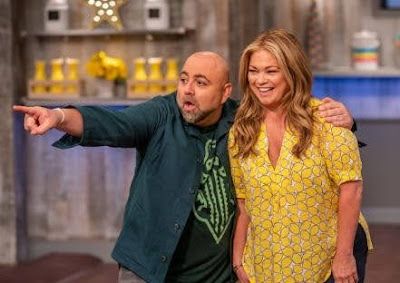 Email ThisBlogThis!Share to TwitterShare to FacebookShare to Pinterest
Labels: TV

Are you GBBO people? They're pretty nice to each other.
Valerie Bertinelli is on the Mt Rushmore of boys-to-men with leela from Dr who, {pick your favorite Charlie's Angel}, and Erin Grey

That's true, Great British Bake off contestants are much nicer. I'm comparing to other American shows(big shock that they're ruder, I know) and the hosts would swear when people had breakdowns so it could be used in the show. We all watched the old shows with Mary Berry (me a little more sporadically). Rosa has kept up with the new ones, with Anabelle joining in occasionally.