We Don't Talk About Disney Movies...Usually 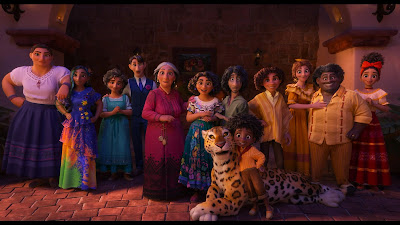 I haven't seen the movie yet but LOVE the songs!! I read about half your post then realized it will probably make more sense to me once I see the movie. I mean all the Abuela stuff. Without seeing the movie and without reading your whole post...I can still see you have some really intense and interesting insights.

Many thanx. I've got some experience with the big ethnic family thing. The songs are amazing, and they're used outstandingly well to not only tell the story but to add huge levels of emotion to it. It adds a whole other level.

Thanx for reading and I hope you enjoy it.

Some great thoughts and insights! Thanks for sharing!

Many thanx, glad you enjoyed it!