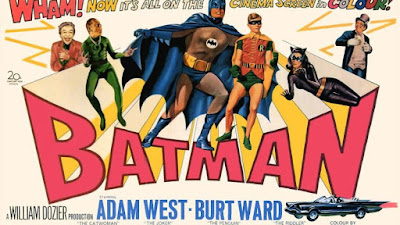 On Robin’s deduction that since the exploding shark took place over the sea it meant “C …for Catwoman!”
“I don’t think I ever appreciated Robin more than this.  He truly is in training with the world’s greatest detective.”

On the subtitles being used for sound effects:
“It actually said “Waa waa” for the alarm and “Weeeee kaboom” for the torpedo.
Would that really help deaf people?”

On a local sea creature sacrificing itself to save Batman and Robin on the buoy:
“They killed a dolphin! That’s not OK!”

On a later set of riddles pointing to Catwoman, again:
“I don’t think anyone believed Robin’s ‘C for Catwoman’ answer.”

On Frank Gorshin’s over exuberance during his planning:
“I love him so much.”

How awesomely over the top is Frank Gorshin’s performance?
The freakin’ Joker tells him to be calm and rational.” 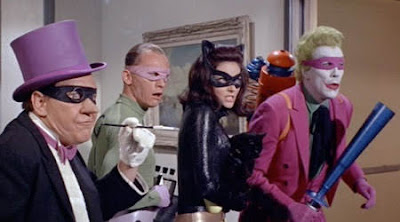 On Lee Meriweather’s Kitka accent:
“She sounds like Gru.”

On Robin’s deduction that the answers to riddles being “Russian people” and “ball point banana” were-
“Someone Russian is doing to slip on a banana peel and break their neck,”
being met with Batman saying, “It's the only possible answer:”
*pauses movie, stands up and leaves room*

On the undesirables in the bar covering the villains' hideout:
“Those guys are dressed like pirates in a fancy restaurant”

On Bruce stealing a glance at Kitka while she checks her Catwoman stuff:
“He just looked down her shirt…with no shame.”

On Kitka using a “purrrrr-fectly” in conversation:
“She just purred. Open your ears Batman!” 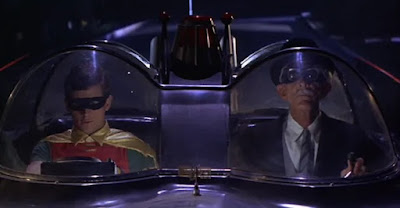 On Robin seeing Kitka and Bruce go to her apartment:
“So uh, we’re going to be here all night Alfred.”

On the villains taking Bruce and Kitka:
“Bruce Wayne kidnapped!!! For like the 8th time this month.”

On Bruce being tossed on the bed with Miss Kitka and landing with his face in her cleavage:
“Ooh, smooth one Batman.” 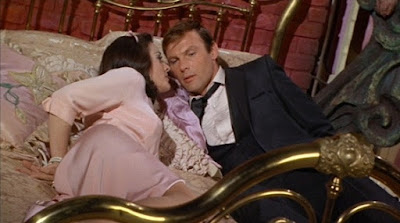 On Batman telling Penguin “disguised” as Commodore Schmidlap that the drinking water dispenser is clearly labeled:
“As is every freakin' thing in this house.”

On Batman and Robin “deducing” the riddles answers were an obvious connection to the United World Organization's Security Council:
“No.  No no.  You can’t get there from applesauce and an egg.” 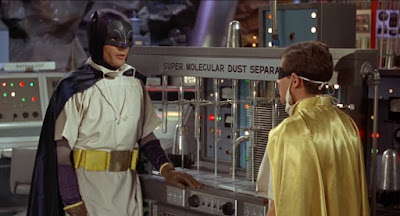 On Batman’s method of sorting the dehydrated Security Council:
Rosa- “Oh, he has a super molecular dust separator. Of course he does.
But his apron is under his belt.”

On the dehydrated Security Council in test tubes, placed on their chairs in big metal ring stands:
“They’re going to be mad when they emerge with those sticks poking up their butts.” 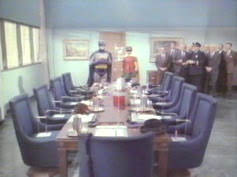 Oh my gosh! These are hilarious. I was literally laughing so hard my face hurt. I think my favorite comment was "ooh, smooth one Batman"

Many thanx. As the series goes on, these will get longer and longer. It happened with Star Trek as well. I think as she gets used to a show, her material improves.