Hitchcock Films Through a Kid's Eyes

Good Evening.
Let's double down on keeping the horror movie trend running past October. It always does in our house anyway.
Anabelle is taking an English class focused on "Monsters." They read Frankenstein, and it includes movies like Alien and Psycho.
I was thrilled she was going to watch Psycho, (1960) since her normal aversion to black and white has prevented it up until now. My one disappointment was not getting to share it with her.
Over Parents' Weekend she mentioned that Psycho was not available on any streaming service or digital platform she had access to and asked if I owned it.
The blu ray boxed set of the "Alfred Hitchcock Essentials" collection mail order delivery beat us home Sunday afternoon. Over Anabelle's fall break we watched it as a family.
This wasn't a Mystery Science Theater adventure, we enjoyed the film together. However,  I found their reactions extremely interesting.
Neither had seen Psycho before, but it is difficult to live on this planet and not have some knowledge of one of the most famous films, with some of the most famous scenes, in history.
Also, exactly like me, they've seen High Anxiety first.
That truly highlights how fantastic a film maker Alfred Hitchcock was.
While she questioned many of the woman's decisions...out loud in a lot of cases, Anabelle quickly bonded with Marion. It was clear she thought of her as the main character. When the set up for the shower scene started she was amazed, because even in a world full of knowledge of this film, it was still surprising that the main and focal point character was offed relatively early. 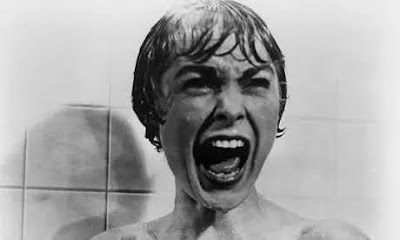 Then there was Norman Bates. They found him likeable at first, and very quickly gained suspicions and negative feelings based on his words and actions. (And the whole bird stuffing thing!) They had a conversation when he cleaned up the bathroom clearly focused on the fact that he had done this before...
and that what he had done before was ONLY the cleaning up and covering up.
Later, Anabelle admitted she found herself thinking, "Norman Bates...I'm supposed to know that name."
However, not only did Hitchcock supply clues that allows the viewer to deduce what is going on, he plants a huge amount of circumstantial evidence to mislead the viewer in other directions. Rosa and Anabelle started to think, "Wait...is this the one where he dresses as his mother?" a few times early on, but all of that circumstantial evidence made them doubt themselves and figure they must be thinking of something else.
This held firm until close to the very end where you find out Mrs. Bates is supposed to be long buried.  Norman running out in the dress at the end still worked as being terrifying.
They do not call "Hitch" the Master of Suspense for nothing! 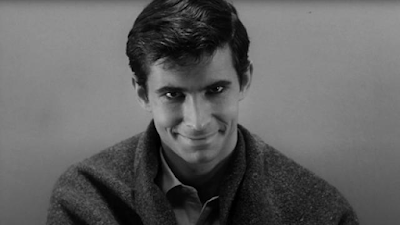 This class led to one of my proudest parenting moments. Anabelle called to tell me once she heard from the professor she might have very exciting news. One of the projects for this course was to write a "Blog Post" about a non-human monster.
Apparently, a "blog post" means a short essay of only 470 words.
Obviously, I never got that memo.
The movie she called excitedly to tell me about and the one we watched while she took notes the evening after Psycho was...
The Attack of the Killer Tomatoes 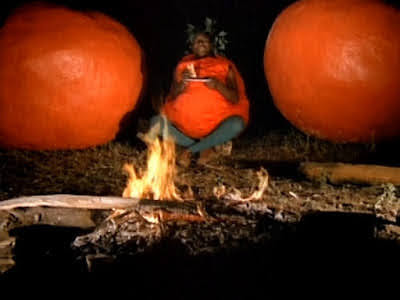 THAT'S MY GIRL!!!
Watching both of the above films (in one day no less) inspired us to watch The Birds (1963) a few days later. Neither Rosa nor Anabelle had seen it before, and I'd seen it multiple decades ago and remembered very little. 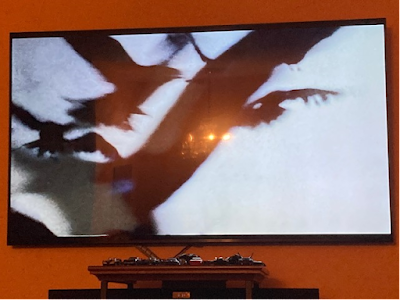 It ties into franchises I'm much more familiar with in three ways.
1) I had no idea the Time Machine guy was Pongo from 101 Dalmatians.
2) Movie buffs in the (admittedly weird) circles I travel in refer to Predator as the go to example of a genre shift, that inspired  From Dusk Till Dawn, and others. The Birds did it twenty-five years earlier! Plus it was a much larger shift, spending nearly forty-five minutes as a typical goofy Romantic Comedy of the era before the feathers hit the fan.
3) Poor Veronica Cartwright... traumatized by bird attacks and the death of her teacher, Mrs. Emily Hartly, sacrificing herself to save her eleven year old life, only to grow up and die horribly when attacked by a Xenomorph on the Nostromo.
Anabelle was not a fan of Mitch but liked most of the other characters, especially Melanie and Annie (alas). She kept trying to figure out which person was the "harbinger of doom" causing the bird attacks, (betting heavily on Miss Daisy) but was satisfied with the ending, or lack thereof. Rosa on the other hand demanded to know what happened, and why Hitchcock didn't "finish the movie."
It is impossible to describe this film to anyone who hasn't seen it without it sounding completely goofy. Yet it works. When a giant flock popped out of the chimney all three of us screamed. Besides the jump scares, which were clearly effective, the overall premise is creepy as anything and keeps building. It uses a lot of standard tricks, common in many zombie and other "overwhelming groups" horror films, years before any of them existed.
I thought it was really clever that the movie inserted people, like the ornithologist, to talk about why the premise is ridiculous as on screen characters. Anabelle and Rosa were both yelling at them (because of what the two viewers had seen that the characters hadn't) and then gave them a stern "Told you so" after they were brought down several pegs by the feathered less than friends.
Liking these two movies, and learning the other three in the box set were in color, Anabelle told us to wait for her to finish the rest of the Hitchcock collection.
Once again,
THAT'S MY GIRL!!!
Click here for Universal Monsters Index
Posted by Jeff McGinley at 11:00 AM

That's interesting about the genre-switches. I'm trying to think of other movies that do that.

It's been way too many years since I've seen The Birds. I may have seen Dusk till Dawn but it was too long ago.

Thanks for reading. The Birds is the most severe one I've seen. If someone managed to not know anything about it, the shift would come as a huge shock almost half way through.