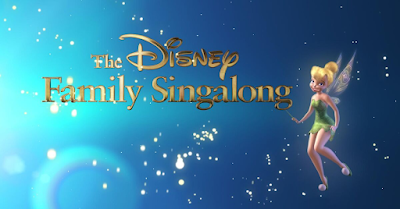 Email ThisBlogThis!Share to TwitterShare to FacebookShare to Pinterest
Labels: Disney

I didn't know about the jungle cruise boat sinking!

Shit. I missed the sing-a-long.

I don't think I'm going to ever go to Shanghai Disney either. But if I do, I'm going to do a bunch of rest days and half-park days. Just to spite you.

As for Magicbands. It's awful that they're no longer free. It would be less awful for me if all my old Magicbands weren't hiding away in moving boxes.

We ordered the Disney masks too. I'm just pointing that out so you can see that even though we do Disney differently, we have some things in common. So maybe you'll be less prejudiced and cruel towards my kind.

Apologies... I didn't mean they should implement those procedures, just that it would be less crowded if they did. The sing along may be on Disney Plus now.
Fair point- spite away.

Again, apologies. We have a great deal in common in our Disney vibes. If my family went more often we might do those things too. (Then again, we're kinda nuts so maybe not, we did a half (second) day in Animal Kingdom once - pre Everest and Avatar, then spent the rest of the time Downtown Disney, and got back to the hotel really late anyway.)

The pins really helped her through that time. I'm glad she found that community.
thanx for reading!

Oh yeah, and there was a short stretch of time where it felt like there was a ride boat sinking report coming out once a week...it was odd. Then it stopped.

I feel I have failed as a Disney fan...not knowing about these boat sinkings.

Also...the fact that I'm confused about all the CEO drama.

With things closing down, I was more obsessive than usual (which is alot) about checking news at the time.

Yeah, that CEO switch was a shocker all right. Lets hope it helps.