In Brightest Day and Beyond 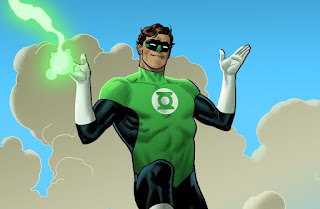 The Comic Book Resources website did another voting poll.  This one is for the most popular characters in DC and Marvel.  I recorded my votes this time to let me post about the differences between the companies’ characters (again!) and how any given day of the week could easily change the order, and content of my votes.

One thing I noticed while I was thinking about that still non existent comparison is the top spot on the DC is the single vote that wouldn’t shift depending on what I’d read recently, my mood, the phases of the moon, and so forth.

And correctly handled Superman stories always make me feel better, more hopeful and happier than any others.

My Marvel top ten list was outdated before the spell check was finished running.

But when ranking favorite DC characters, for me it’s always going to be Hal Jordan- Green Lantern.

I have no idea why, but based on the fact that I lean towards the Silver and Bronze Age versions, I have some suspicions.

Part of it is the creativity connected to the power set.  Yes, he has the standards of flight, invulnerability and beam shooting.  However, he has them in a way that is fueled by imagination, and it would be a total blast having that power set.

It would also be a blast having Nightcrawler’s power set, or Swamp Thing's or Ghost Rider's or Metamorpho's or  Silver Surfer’s or Animal Man’s or Hulk’s or the Wonder Twins' or Namor's or Plastic Man’s or Spidey’s or Beast Boy’s or Thor’s or  Black Lightning's or Juggernaut's or Flash’s or Wolverine’s or Aquaman’s or Atlas's or Atom's or Wasp's or Space Ghost's or  Vandal Savage's or  Crimson Thunder's (and friend's) or Vision's or Apache Chief's or Sasquatch’s or the Herculoids' or Etrigan’s or Shadowcat’s or Captain Marvel’s or Colossus’s or Resurrection Man's or Impossible Man's or Warrior's or Deadpool's or Firestorm’s or Iceman’s or Superman’s (though very infrequently, I guess I'm more of a specialist than a generalist) or Venom’s or Lobo’s or any of the Fantastic Four’s or Robocop's or a Predator’s or a vampire's or Jet Jaguar's  or CAPTAIN CAAAAAAAAVE- MAAAAA-AAAAA-AAAAAAAN's or …

I literally kept updating this list from when I had an idea for this post up until about five minutes before it went live, explaining the completely random order.  There's no way it will ever be done.

From this three things are clear:
A) It isn’t just Hal's power set.
B) Which powers I’d have fun with is a series of essays for another time.
C) I have issues.

I believe the bigger part of my Green Lantern fandom comes from Hal being one of the most aligned characters with the “classic heroic mold.” Now, leading off from Kyle’s time as the Torchbearer, Green Lanterns still have the greatest willpower in the universe, and have the ability to “overcome great fear.”

That’s a significant change from the old days where Green Lanterns were chosen for being “fearless.”

More importantly, back then the requirements were “Honest and Fearless.”

This clearly isn’t the only reason either, as I’m a huge fan of Hawkeye over in Marvel, and he cheated to save the universe when both coasts of Avengers were pulled into battle games in the 1987 Annuals by the Grandmaster and the Collector. (That’s Jeff Goldblum and Benicio Del Toro for you fans who only know the movies.)  Then Clint sassed Captain America after Cap gave him a hard time for cheating.

Yes, it was just as epic as it sounds.

Anyway, adding in honesty to being completely fearless is different than overcoming fear.

In fact, one could argue that to be honestly truly fearless one would have to be crazy or stupid.

Marvel’s “Man Without Fear” Daredevil, another one near the top of my list, (or possibly at the top depending on whether I’ve read a Matt or Clint story recently, and who should have been on the power list above...issues man, issues) has the crazy part well covered.

Hal is…
Well.
To espouse that other requirement of honesty once more… 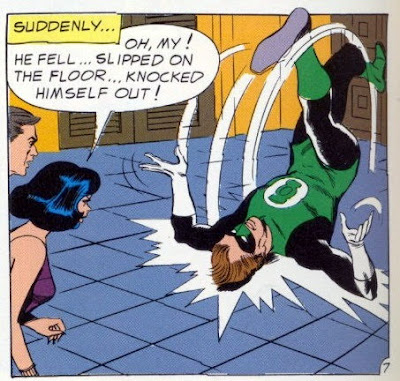 Hal is dumb as a fork.

(A glowing green fork brought into being by unshakeable willpower, but still, a fork.) 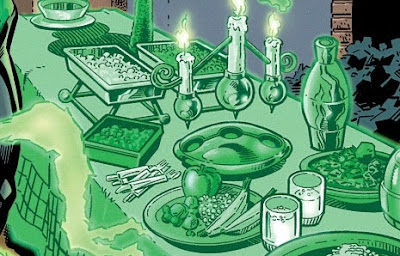 I think that’s why Emerald Twilight bothered me so much. It’s not just that Hal was broken to the point that he became a bad guy; it’s that he had these grand complicated schemes to rewrite the universe.

This is the man who famously and accidentally:
Knocked himself out in his own bathtub,
Turned his best friend into a seagull
Created a rampaging giant monster to distract Carol from proposing on Leap Day that got loose.

“Scheming” is not what he does.

Let’s face it, wondering if whatever he does has any impact more than five minutes after the big green boxing glove belts the villain and saves the day is not what he does.

And yet, this never seems to stop him from doing the right and heroic thing and succeeding.

The combination of honesty and fearlessness also synergizes into incredible levels of loyalty.

Classic Hal, before the Geoff Johns punch in the face loving reboot, was one of the staunchest and most loyal friends many members of the Justice League had.

His two best friends, Flash and Green Arrow were on opposite sides of the political and temperamental spectrums.  But Hal was able to bond, connect, and bring up opposing viewpoints to both, while remaining best buds with them.  He also maintained chummy relations with the rest of the league.

The reason I bring this all up, is I got an understanding of classic Hal while watching a totally unrelated film recently. My favorite character of that movie’s franchise shares much in common with the classic Silver Age Green Lantern.

He has unquestionable and unwavering loyalty to his friends, who are often dissimilar from him in appearance and attitude, and will defend them unwaveringly.

And yet, this never seems to stop him from doing the right and heroic thing and succeeding, and serving as an example of those ideals to others around him.

Not only that, he’s a member of an intergalactic police force! 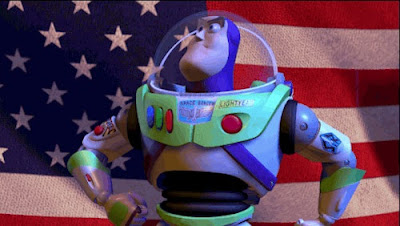 The one and only Buzz Lightyear!

The two heroes even have the same weakness. 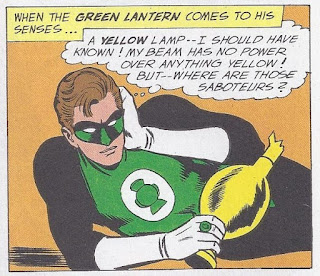 No, I'm not talking about the yellow thing.

Since their entire reason for being- and key to them doing the right, honorable and heroic thing - revolves around their self confidence, willpower and resolve, the weakness comes into play when they put too much stock into allies questioning their focus. 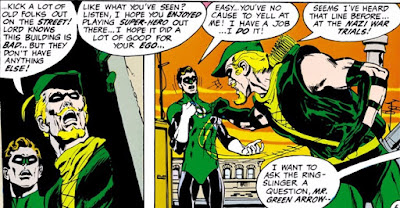 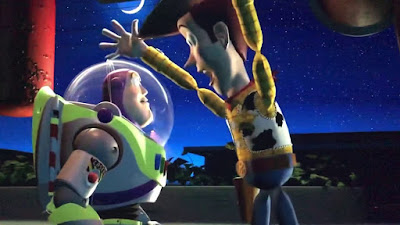 For either of these characters self-doubt destroys much of what defines them as heroes in the first place, leading to losses of power 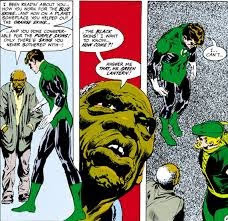 I can't tell you how I've helped minorities...
Says the man who saved the entire planet as a whole multiple times.


And in extreme cases they can possibly lose their grip on reality. 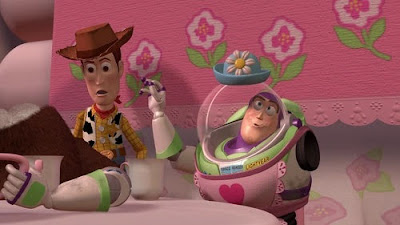 Yes, Buzz Lightyear would have made an excellent member of the Classic – Pre “only one part of the rainbow” Green Lantern Corps.

Once again, a lost opportunity from Disney buying the other comic book company. 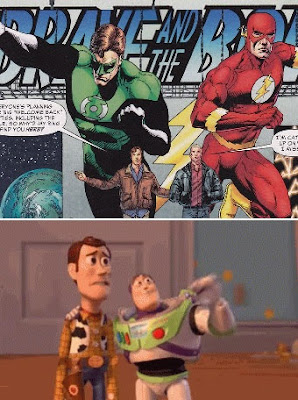