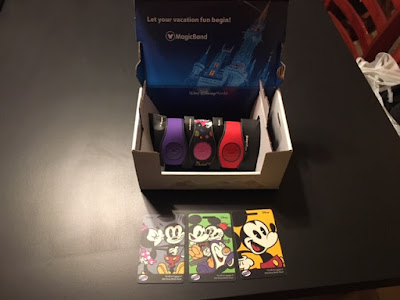 Yesterday, Grandma started a count about total Disney visits. Anabelle answered for us before I even got the email.
(That’s my girl!)  Kim handled their family...

Because we’re all insane about Disney planning.

Disney California only counts as an extra plus after the Florida count.  Example Me 12 + 0

I went with Jeffrey Rosa and Anabelle:
September 2008 for 8  days at Wilderness  Lodge.

I took everyone but Morgan:
November 2010 for 8 days at Pop Century.

If you know where and how long you can put that in too. I will collate them, without using the computer for figuring. HA

Mom went once before she met Dad, once with him, and then all the times with me but the band trip, which puts her at 8 + 0.

Kim: Dave went to Epcot, for a day in 1984, while they were in Florida for the space shuttle launch.  He went to Disneyland once in 2007 with Aurora and I (and Veronica in utero) we think from November 18th through 24th.

I went to Disney World all the times you listed plus once for the first week in June in 1997.
I also went to Disneyland twice, once in 2000 with Jesse (and his and Nyra's friends, Nyra wasn't able to come she was pregnant with Emma and not feeling well.)
Then when I was in California for my friend Wayne's wedding, and the time above with Dave and Aurora.

Back to me:
Note to family-
The Benefits of Being Boring:
There was a massive update to the menu page on allears.net.
None of the menus I put on our file are on that list.

Anabelle- What do you mean being boring?? DISNEY IS NEVER BORING NO MATTER HOW PERMANENT the MENUS ARE🥳
But woohoo to it being the same.

Me- Of course Disney is never boring.
I meant our lack of striving for variety is boring.
Yet still advantageous, and yummy!

Grandma- OF COURSE, I expected this. Because I read everything and picked out what I wanted from every restaurant that wasn’t a buffet. Then I typed it all to keep with me when we go.  Now I’ll have to start over or WING IT. I think I am better off with WING IT. OXZ

Me- OK  Mom officially needs way more sleep.
To repeat- even though they did a big update
NONE OF THE MENUS I SENT YOU HAD ANY CHANGES ON THEM.

Grandma-    I enjoyed everything you did. It does make anticipation better. When I did those menus,  I enjoyed your jokes and I enjoyed reading all the food. It made my mouth water and me hungry in the middle of the night. BUT I said to myself, "They won’t have anything I picked, but it was fun and it will be okay." I’ll find something I like I know that.  But the way I read it  it sounded like every menu was not there. I was actually a little overwhelmed . So glad I was wrong. Keep on doing what you do. It does enhance our trip. OOO XXX ZZZ

[Later Edit: Grandma's troubles with not noticing negatives would resurface on Splash Mountain.]

Me once more-
Other note to family:
(These get denser the closer the trip is, don't they?
You'd think I was insane or something
{Greek Chorus- "It isn't 'or something.'"})-
Grid Update:
I'm trying to balance between sending up to date ones, and drowning people in it.

Since there were a bunch of shirt updates, I also went through and grayed out the park information that has no effect on us.

The park we're in is bolded, and anything we have a shot of hopping to (even if we may not have the energy) at night I left in normal font.

I decided even we wouldn't be crazy enough to get up an hour early to try to do Extra Magic in one park and then waste travel time going to the different park we're supposed to be in that day, so all morning Extra Magic Hours, except the two in parks we'll be in (Magic Kingdom and Animal Kingdom) are grayed.

Thank you for your patience with my obsessiveness.

July 31, 2019
N minus 18
Grandma finished her Disney Trip tally list, because we all can’t help ourselves.

Click to Continue
Posted by Jeff McGinley at 2:00 PM