Late to the Shang Chi Party 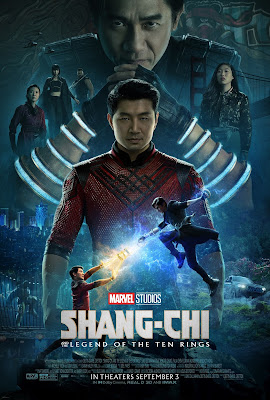 I am embarrassingly behind in watching movies.
This has nothing to do with the current worldwide unpleasantness.  We saw Encatno in the theater as a family when Anabelle was on break. It was magnificent and we had a fantastic time together.
I think the key issue is the feeling of:
"I value the excitement of a theater (preferably opening night) as a shared experience on a big screen with surround sound"
has lately been surpassed by the importance of the feeling of:
"I value being old and grouchy and not wanting to go anywhere."
The advantage is- I don't feel bad about the occasional spoiler thrown in.
On to Shang Chi and the Legend of the Ten Rings.
Of course, it was amazingly good, because Marvel Studios knows what it is doing.
However, this one was Meta-good, for a couple of reasons.
It stood on its own as a film. The cast was outstanding. It was fun, exciting, high stakes, and and fantastic display of powers, beings and skills.
For the Marvel Cinematic Universe at large, it introduced new individuals, unseen power sets, secret organizations, fantastical creatures and a super-normal realm. All of these can be used going forward for universe building.
Then there are the "corrective actions" for both the film and comic book universes.
Wong (Yay Wong!  We love Wong!) could have been battling any monster or creature, but instead, we got a re-tooled, and more comic book accurate Abomination.  He was a one off villain in the early stages of the "'verse" thirteen years ago, where Bruce Banner's actor was replaced in his next appearance.  Yet, as usual, Marvel chose to build on what they had, savaging the character and enhancing their universe rather than going in another direction.
As for the state of the MCU world in general- this is a population that has been through Infinity War, Endgame and everything that led up to those.  Magical kung-fu powers and hidden mythological realms are not going to be all that surprising.  Yet, they are all still is amazing TO US. Therefore, the film couched them in ways that at least parts were new and unusual to people living in that world, allowing us to share a journey with them.
Finally, there's the culturally problematic parts. This movie was everything the Iron Fist show wanted to be, and should have been. Having the budget to afford actual dragons helped a lot.
The Mandarin started in comics as a standard "Yellow Peril" caricature, however, he evolved well beyond that in Iron Man and other comic stories.  While we heard about the Ten Rings organization all the way back to the first  Iron Man film, changes were made.  I thought Trevor Slattery was a hilarious twist in Iron Man 3 but it did leave a lot open. Not only did this film update the concept of both the metaphorical and physical ten rings, but it did it in a way that was awesome, and preserved Trevor and his hilarity, giving him a new mythological "mate," Morris-the entertaining sentient footstool.
In the comics, Shang Chi's dad was originally Fu Man Chu.  Aside from cultural issues, there's legal ones there as well.  By combining this character with the Mandarin, but with ties to a whole new mystical land inhabited by actual Chinese mythological creatures, we got a Marvel fantasy Wuxia film brimming with awesome new characters and settings.
My Dad would have loved this one.
It did well enough to get a sequel, which is fantastic!  Because as soon as they started mentioning alien connections of the ten rings, ancient evil, aliens and dragons, I was sitting on the couch chanting "Fin...Fang...Foom!"
And now, hopefully, my family can learn why. 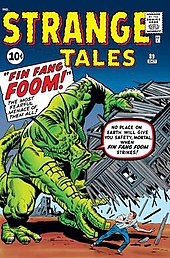 I would think your family would’ve learned to never ask why!

It's too late, we're all fans now.

My feelings towards Michelle Yeoh have changed through the years but in any capacity, I would still want her to unfurl my fist.

Saw an ad for her in a "multiverse" film where she can tap into skills, memories and experiences of the many varied versions of herself. Looks cool.