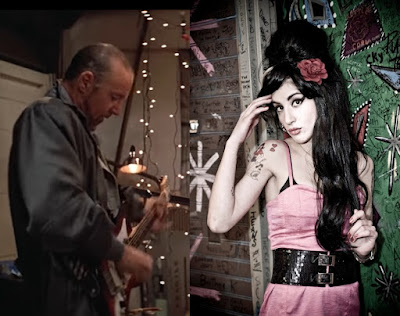 Warning
This post contains bad, foul, filthy and unacceptable language - the words that “will curve your spine, grow hair on your hands and maybe, even bring us, God help us, peace without honor.”
This is not a post for children.  Kids, take a hike.
This is also not a post for those adults who are offended by this type of language.  Do yourself a favor, and go read some of my cute stuff before moral outrage can kick in.
Just about everything else on this blog is clean…Stupid sometimes, but clean.
End of Warning.
We've reached the end of this year's  George Awards.

And now, it's time for a poetic/ musical finish.
Therefore, we will go with the old bridal saying of:
"Something old, something new, something borrowed, and something blue."
Yes, I realize this is not a poem.
And I will not be getting to the musical part of the finale until next week.
Once again, I give no shits.
For something old. One of the very first movie top ten lists I ever wrote originally existed well before I started this blog.  It has a quote from the 1992 Rutger Hauer film, Split Second.
The movie is a weird combination of multiple sci-fi/ horror/ suspense/ noir/ buddy cop standards.
TvTropes described it best:
“If you gave a hyperactive 10-year-old boy $7,000,000 and a case of Mountain Dew, this is exactly the movie he'd make; it strikes the perfect balance between breathtakingly stupid and cool as hell.”
I have pointed out Harley Stone's (Hauer) line of "Touching me is not a great idea," is used often in my everyday life. Stone uses a large amount of other profanity in the film, but the clear George Award moment, is when Stone's straight laced, by the book partner (Dick Durkin played by Alastair Duncan) finally sees the monster for the first time and loses his shit for the rest of the film as he constantly espouses: 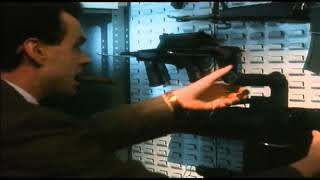 We need to get bigger guns.
BIG FUCKING GUNS!
For something new, how about the film Free Guy that just came out last summer?
Its funny, but also a thought provoking look at both artificial intelligence and getting stuck in assigned roles.
As a PG-13 film, the profanity is rare but excellently used.
The single F-Bomb comes when we see the hapless Guy (Ryan Reynolds), who has suddenly learned he's an NPC in a violent video game. As he dies over and over trying to figure out how to navigate his world, he starts every day by greeting his goldfish.
It's pretty clear when the situation is starting to get to him: 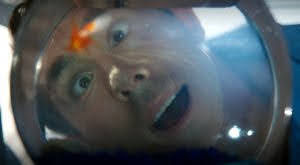 Good Fucking Morning!
A bonus moment comes near the end. Guy has tapped into full power in the game and when fighting an opponent, manifests Captain America's shield- Avengers musical fanfare and all.
What follows is a wonderful, uncredited reaction shot of Chris Evans outside the game: 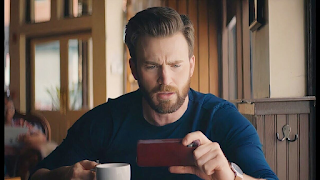 What the shit!?
Something borrowed...um...
Well, I was going to reference the  Michael Dougherty film Krampus.  I figured he'd drop another reference to The Thing   in it as a perfect example of borrowing.
Except I never got around to watching it...
and a script search online showed there wasn't one in it.
Fuck it!
Something borrowed was last week, when I borrowed the quotes from someone else's Facebook feed.
There, done.
And as for something blue,
in further demonstration how little I have my shit together this year...
We're waiting for next week!!!
Posted by Jeff McGinley at 11:00 AM