The Wolf Man Through a “Kid’s” Eyes 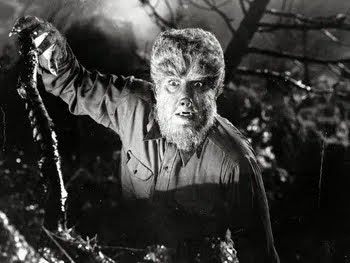 As has been documented, werewolf stories are my favorites of this type of monster film.  Therefore reaching the defining lycanthrope movie was exciting for me.
Rosa excitement was slightly more subdued, as she asked:
"How many of these do we have left?"
Yes, she's enjoying them, but cracks have started to show. As we continued, however, she enjoyed them to a point where she was asking to watch the next one.
(Above and beyond as a way to avoid other weird crap I like to watch, I mean.)
Family side note- My Aunt Irene did an outstanding impression of Maria Ospenskaya as Maleva.
She also did a spot on one of  Bambi’s father too.
I have a fun family.
On the drive to the manor using rear screen projection:
Rosa- "That’s a movie, right?"
Me-  "Yup, and that’s a model."
*they reach the manor*
Rosa- "THAT is a real castle."

On being the one that starts it all:
Me*thoughts* - "The movie spends a chunk of time defining what a werewolf is.
It has to, because this is where most of the lore we know was created.
That's also why they repeat the
'Even a man who is pure of heart and says his prayers by night,
may become a wolf when the wolfsbane blooms
and the autumn moon is bright'
poem three times in ten minutes.
It is the 'With Great Power Comes Great Responsibility' of Universal Monsterdom."
Note- That bolded word will be important later. 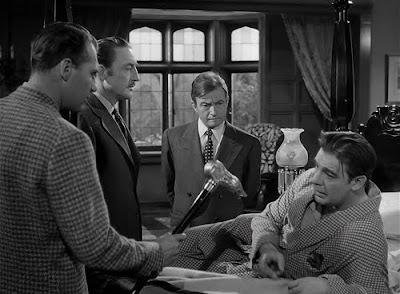 h oh. He’s the wolf!"
*the wolf attacks*
*Rosa is reading Oscar results*
Rosa- "Uh oh. Oh it’s going to bite him."
On Jenny's Death
Rosa- "Won’t the girl come back from the dead."
Me- "No that's a vampire."
Rosa- "Oh, of course."
On Rosa's varying interest as the film builds:
*someone states where Paul, Gwen's fiancé is*
Rosa- "Where's her fiancé?"
*Later, Larry gives Gwen the protective charm Maleva gave him*
Rosa- "NO!!!"
*Kids taunt Larry about being the suspected killer*
Rosa *In outrage*- "HEY!
*pause*
Where's his cane?"
Rosa- "Ew."
On the pentagram appearing on Gwen:
Rosa- "The star means that's his next victim?"
Me- "Yup."
Rosa- "Uh oh.
How can this be the movie that established everything if nothing is the same?" 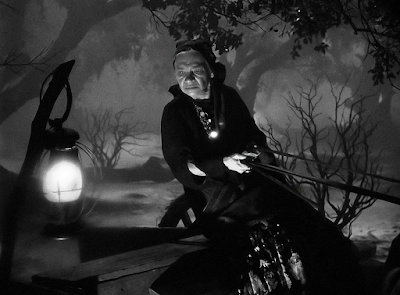 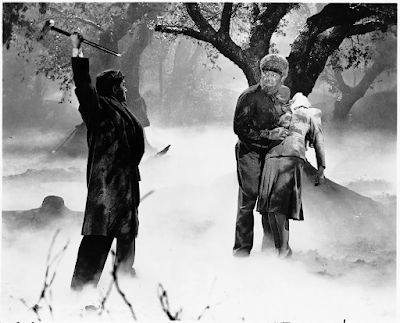 On the abrupt ending after Larry's death and transformation:
Rosa- "That was it?
But no one said, *wistfully* 'It was all true'."

"The way you walked was thorny, through no fault of your own, but as the rain enters the soil, the river enters the sea, so tears run to a predestined end."

Posted by Jeff McGinley at 5:29 AM