The Mummy's Hand Through a "Kid's" Eyes 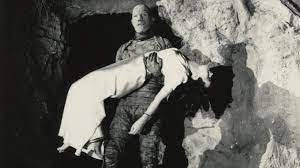 Hey, we've finally stopped jumping around and will watch the rest of the Universal Monster films in chronological release order date every other Thursday until some time in November.
Jinkees!
(Not counting the original Creature From the Black Lagoon which we watched before Anabelle abandoned us on our classic horror journey.)
The opening splash credits don't even list cowboy star Tom Tyler as the Mummy,
he's only in the full list.
Poor guy.
On the opening and the franchise:
Me- "Huh, a Bactrian (Asian) camel on a grassy hill in the African 'desert'.
And the same scrying back story scene with Tyler stuck in - sometimes. I think I still saw Karloff in the far shots. They do swap out the scroll for Tana leaves." 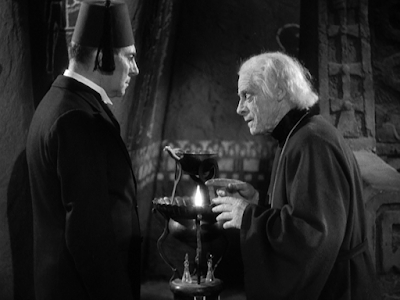 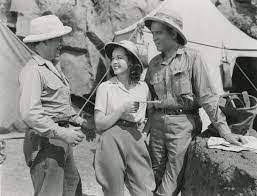 On Steve and Babe:
Me- "They're very much like Abbot and Costello.
Well, not quite, probably more like Allen and Rossi. I keep expecting Babe to say, 'Hello Dere!' Maybe...wait."
*googles dates*
"These movies pre-date Martin and Lewis (and all of their followers like Allen and Rossi) by a chunk of time, I guess they were going for generic Burlesque comedy team, of which Abbot and Costello had the greatest timing.
We'll meet them before this exercise is over."
On Marta's packing attire:
Rosa-"That dress is disgusting." 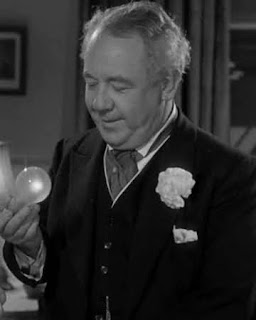 On the special effects, state-of-the-art back in the day:
Me- "The Great Solvani is doing actual stage magic on camera."
On the appearance of the coffin:
Rosa- "Oh, of course they're going to open it."
On constantly showing a howling...
jackal I guess...
and a full moon when the Mummy goes out:
Me- "Wow, they're mixing in everything.
They even said, 'the children of the night' before."
On the biggest change between this and the 1932 Mummy:
Me- "Here the creepy fez wearing guy and the Mummy are two separate people."
On Steve suddenly smooching Marta:
On Kharis finally coming to life:
Rosa- "There's a Mummy in her tent. Uh oh!
what is that stuff?"
Me- "Tana Leaf Juice"
On names, and viewing focus:
Rosa- "His name is Babe?"
Me- "The movie's practically over and you just noticed now?"
On the location of the "Secret Tomb:"
Me- "No one found the tomb because they didn't walk around the other side of that hill in all these years."
On Babe being the one to shoot the evil priest:
Rosa- "HE really killed him?"
On Steve trying to shoot Kharis:
Rosa- "That doesn't work. Really, he can't do anything."
*Babe shoots the Tana Juice Bowl*
Me- "The goofy guy saves the day again!" 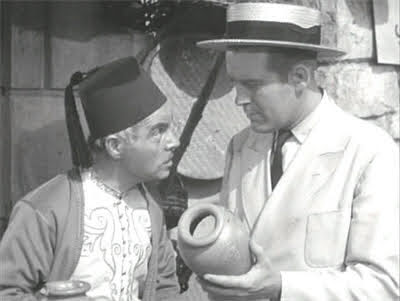 On the Universal Studio System:
Me- "Hey, the street vendor is Little Maria's father from Frankenstein."