I decided to rewatch the X-men film franchise again while exercising. Frankly, at this point I can’t help myself when it comes to commenting on things, and I might as well use it to fill space.
It’s yet another addiction in my life.
X-men
Wow, this is good. I mean, REALLY good. No wonder it launched a franchise and helped launch a genre. The cast, the performances, the scenery, the story.  Dang.
They really went for it, didn’t they? This wasn’t made in the current climate with superheroes everywhere, yet they still showed a large variety of different and powerful abilities.
I miss the old Marvel opening, before the credits, with story relevant comics pages flipping by.
There are complaints that this franchise was too Wolverine-centric, but from the get-go, Hugh Jackman was outstanding in the role to the point that he almost had to be the focus.  His opening scene was full feral fury, but quickly switched to showing his compassionate and conflicted side with Rogue.  Yet, when he accidentally stabs her during his nightmare, his look of intense panic, fear and loss is heart wrenching.
(And if my sister is reading this, yes, shirtless Logan is likely a factor.)
I see a parallel to the original Superman film.  There were no blockbuster superhero films at the time, and Superman the Movie was made as a standard Seventies disaster film, with superhero elements.  Similarly, the new wave of superhero films as we see them today was just beginning when X-men came out. Many of the reveals of powers and characters were handled like horror movies of the day.
More reason why I watch movies I like many times:  For this kind of film there’s a ridiculous amount of details in there. In the final scene, Charles defeats Eric in chess by sacrificing one of his main pieces, and then checkmating with a pawn. If that isn’t a perfect summary of Professor X, I don’t know what is.
This film is supposed to be set “sometime in the future.”  When we get to Days of Future’s Past that future is fifty years after the flashback parts…which are in the early Seventies. Since the end of that movie looks like the original X-trilogy, that means they take place… NOW! 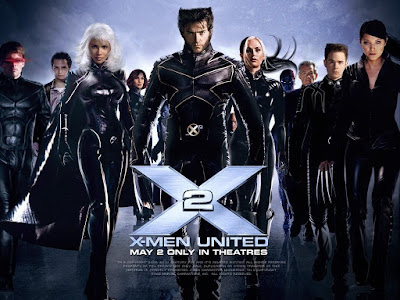 X2: X-men United
I know this one gets Spider-man 2 level praise, but after multiple watchings, I feel it has the one weakness many films that follow successes do. It could use more editing. The thing has like six endings. That’s fine when finishing the full Lord of the Rings Trilogy, but not for a single film.
For the second (and by no means last) time, Ian McKellan was brilliant at playing a character that the audience can easily sympathize with on many levels but is still clearly a villain, with a selfish and cruel streak a mile wide.
I'm still bummed about Nightcrawler. His powers and looks were excellent, but he’s one of the most fun characters in Marvel. So many adaptations assume, since he has strong faith, he’s a stick in the mud. In the comics, Kurt is devout, but he’s also a hilarious, loved by all, swashbuckler when written correctly.
Superheroes aren’t becoming “woke” they’ve always been about “protecting the oppressed and marginalized,” the X-men more than others. Bobby’s “coming out” scene with his family is beautifully done, and in many ways, the core and turning point of the film.
In a perfect display of not knowing which comic book aspects translate best to the big screen, they attempted to make Wolverine’s hair look more directly like the comic version instead of only suggesting it.  It looked silly.
We did get to see “Wolverine Unleashed” for the first time, and it was glorious.  This may be the first example in a long line of modern Superhero films where an actor with dance experience translated it into fighting grace.  (Unless you count Dalton…Also Batgirl did it back in the Sixties.) 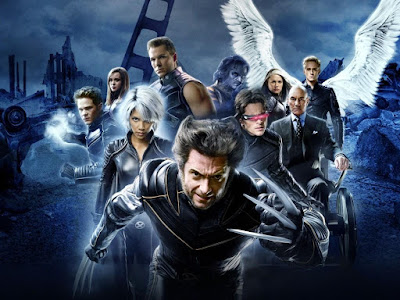 X-men The Last Stand
My daughter’s favorite X-film. Yeah, it’s a bit of a mess as a whole, but a lot of the individual pieces and character moments are good.
Because it is her favorite, we watched this one a zillion times on cable, and its the only one she joined me on for this rewatch. Therefore I didn't have too many new thoughts.
Poor Cyclops. He suffered the most from the “Wolverine focus.” Scott was an accomplished leader, tactician and moral compass in the comics.  Being the “less cool rival” to Logan got him minimalized in the films, and had writers trying to reinvent him constantly in the comics.
I felt Kelsey Grammer nailed the Beast. He captured the “intellectual in an animal’s body” nature of Hank McCoy very well.  Its a shame he only got one movie and a cameo.
I’m glad Iceman got an expanded role in these films from where he was in the comics when the “All New X-men” era was going on. My bias must be because of growing up with Spider-man and his Amazing Friends. 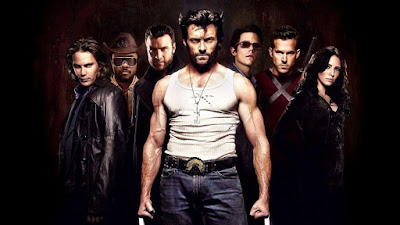 X-men Origins Wolverine
I was coming down with the flu when I first saw this in the theater, and disliked it completely.
It is justifiably at the low end of the X-films, but I enjoy it more each time I watch it.
The cast, story and action in the first eighteen minutes are on par with the best parts of any other film in the series.
Plus, without the hint we got here of how fun he would be, we wouldn’t have gotten the Ryan Reynolds Deadpool films.
Jackman, Schriber and Collins do a fantastic job with their parts. Kitsch was a lot of fun as Gambit, to reference the other performer from John Carter, which is yet another film that I thought deserved way more love than it got.
The CGI bits are a weakness, and take away from the quality when used, but overall the action is well done.
Seeing the “Weapon X” stuff from the comics recreated on screen was very cool.
Agent Zero was an interesting inclusion. Most meta-powered characters in comics use unique weapons or hand to hand fighting. It was terrifying seeing what would happen if someone with enhanced speed and agility relied on guns with a high rate of fire instead- practical and effective.
Click to Continue
Click here for IndeX-men
Posted by Jeff McGinley at 11:00 AM

I also had a limbic "why isn't there more iceman" reaction to these movies because of the Spiderman cartoon.

My nephew saw Last Stand when he was young and I had a conversation with my BIL about it. He thought I was going to comment on the overall violence but my focus of concern was I thought the climax of Logan killing Jean while expressing his love was a little too nuanced. Love is not momentary , it's a long long time.

Good writers can get really creative with Iceman. He came back in the comics, I'm guessing due to writers being our age.

The the whole "Wolverine's pants are the strongest material in the universe scene" was a little off. His connection to Jean accelerated much faster in the films, and Cyclops suffered not only from Logan taking point, but the actor going with the director to make Superman Returns.